A NEW LIFE FOR WOMEN

According to data collected, 88 percent of the people detained in Libyan detention centers experience torture, while virtually all endure horrific conditions such as food deprivation, staying in unhygienic places with limited access to water and first aid.

Sexual violence is the norm for all girls and women. This violence results in chronic pain, scars, fractures, mutilations, sexually transmitted diseases (STDs), unwanted pregnancy, and sexual dysfunctions. Over 65 percent of the victims suffer from Post-Traumatic Stress Disorder (PSTD).

In Niger, a poor Sahel’s country, UNHCR has established an Emergency Evacuation Transit Mechanism (ETM) for the evacuation of vulnerable refugees from detention in Libya and future legal resettlement to other countries, including in Europe.

To help women to overcome physical and psychological suffering, UNHCR works with multidisciplinary including clinical psychologists, a psychiatrist of the National Mental Health Program, a mental health technician, 10 nurses, and 6 medical doctors.

An average of 70 euros allows one year of assistance for a single woman. 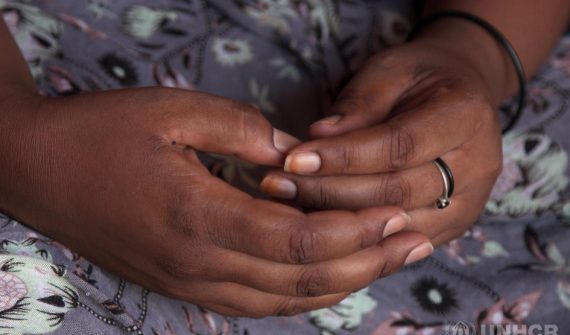